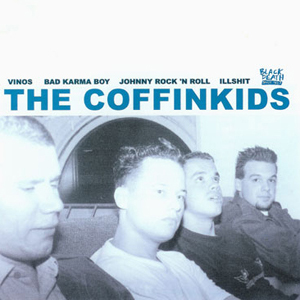 The Coffinkids formed in 1998 and split up in 2005. In between they recorded songs, played shows and drank beer. They did so in Holland (obviously) but also in some other countries like Germany, Belgium and Luxembourg. They released a demotape in 1999, a split with Bob Miller in 2000, a full-length in 2002 and a bunch of songs on various compilations throughout the years. They also recorded a second full-length which never saw the light of day. I posted the split with BM here a couple of months ago, and here is that first full-length from 2002: